With Valentine’s Day a little over a month away, the kids have begun discussing what they want to take for their class buddies. Both Dottie and Little Man will be handing out cards that celebrate friendship as I’m not a fan of “Be Mine” cards.

Last year my son’s class were on a goldfish crackers trip. If they had a class party, he would come home with crackers in his goody bag. If they served the kids a snack just before Bible class, most often than not, he would be given a little plastic glass filled with “fishies”. So no, it wasn’t hard to decide on the treat he wanted to take to class last year.

We paired their favorite snack with these sweet Goldfish Valentines I designed. 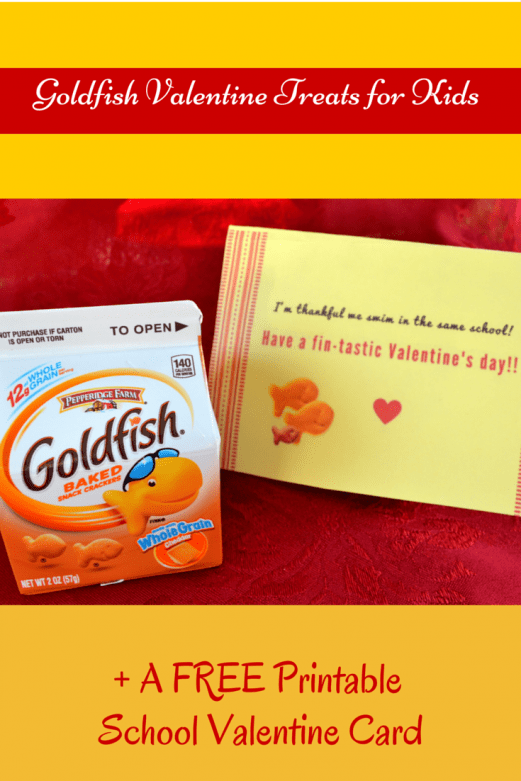 Since you can get Goldfish snack packs in mini milk carton shaped containers, we decided to go with those versus the pouches and just make a flat Valentine’s card versus a pop-up card. 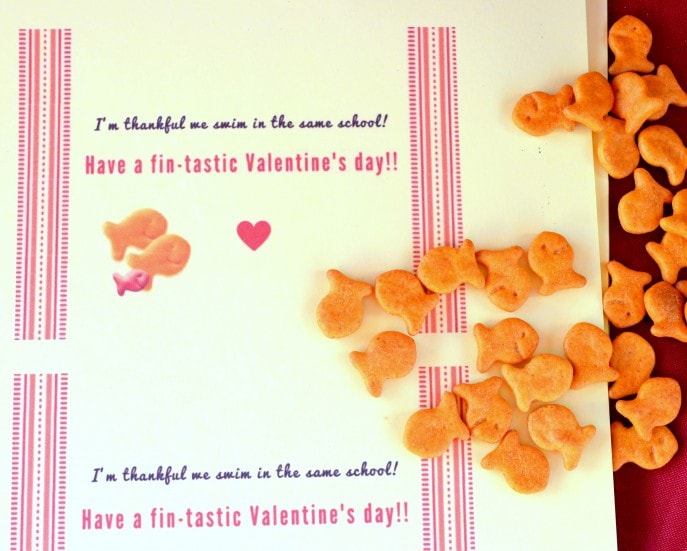 You can use long lollipop sticks to stick them to the cartons, like flags, but Little Man chose to tape his cards on instead. (It did not look as professional as I may have wanted it to but it was all put together without any help from Mama so nothing else mattered!) 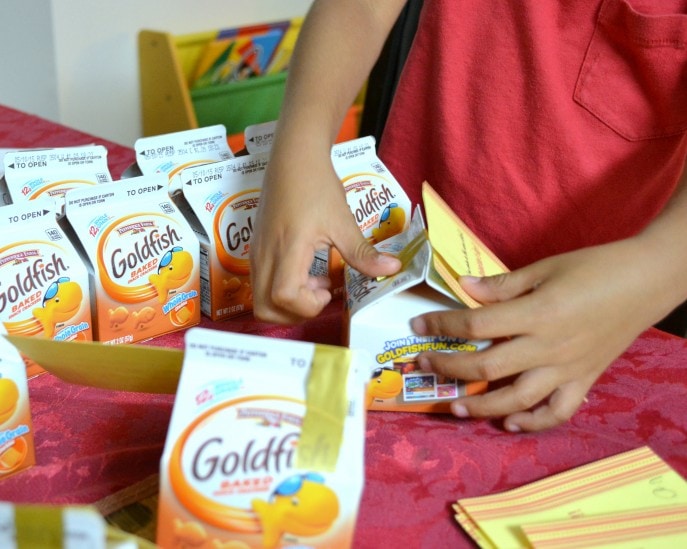 And because he wasn’t used to printing his name in tiny letters at the time, we made larger cards. (I have added a file that gives you the option to print out 8 cards to an A4 sheet so that should work for older kids.) 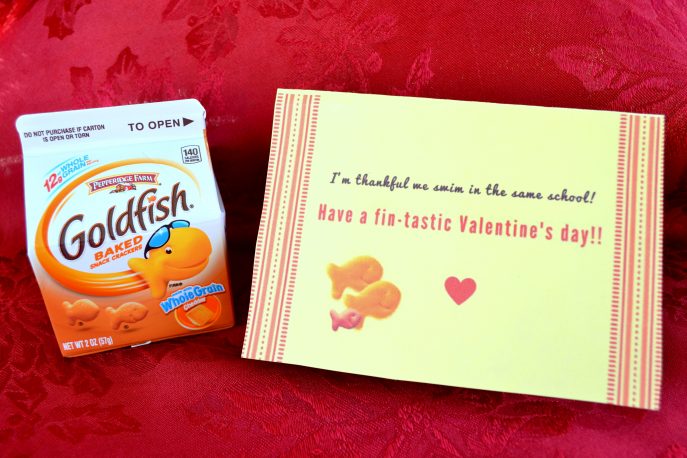 I would also recommend printing the cards on white card stock over yellow as the design pops out better. But then again, if yellow is what your little one chooses then you will just have to go with what he/she prefers.

Here’s the printable file for the smaller Goldfish Valentine cards 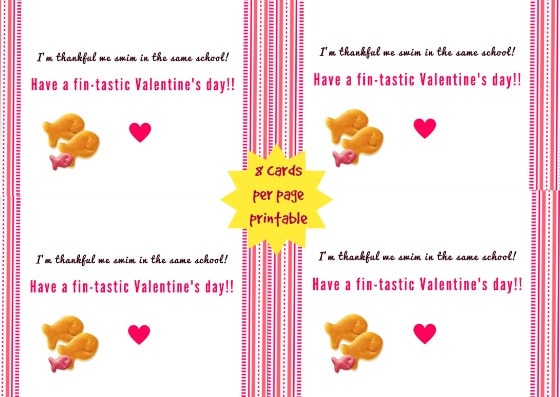 and the file for the larger Goldfish Valentine cards. 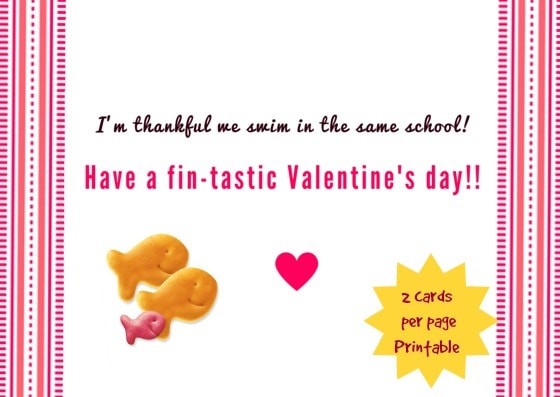 I wonder if he’ll be game to do this for his Kinder class this year!

Previous Post: « Does your child get enough vitamin C in her diet?
Next Post: The only Cloudbook you will need to buy this year »