With the movie opening in theaters around the US today, I thought it would help to share my thoughts on the movie, from a Mom’s point of view. 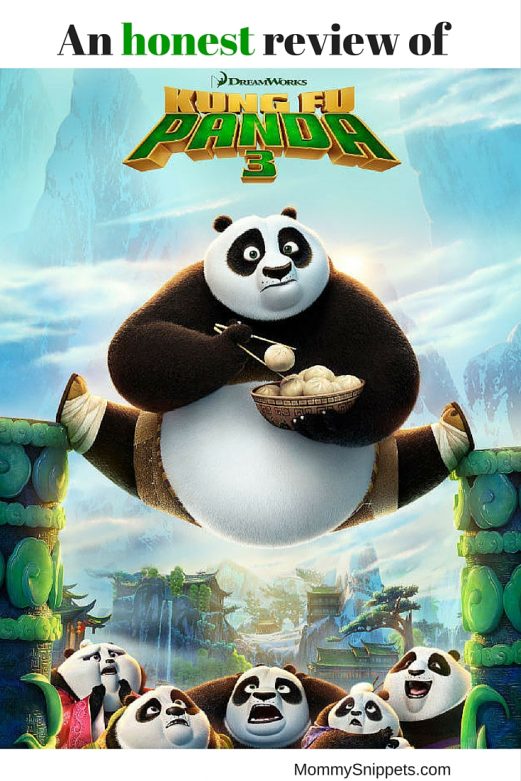 An honest review of the Kung Fu Panda 3 movie

In this Dreamworks Animation entertainer, Po’s long-lost panda father suddenly reappears, the reunited duo travels to a secret panda paradise to meet scores of hilarious new panda characters. But when the supernatural villain Kai begins to sweep across China defeating all the kung fu masters, Po must do the impossible—learn to train a village full of his fun-loving, clumsy brethren to become the ultimate band of Kung Fu Pandas!

Let me start off by saying, if your children haven’t watch Kung Fu Panda and Kung Fu Panda 2, introduce them to both movies before you watch this one.

The crazy antics of Po from start to finish! The movie doesn’t fail to disappoint in humor.

Older kids will especially appreciate the hilarious dialogue through the movie. 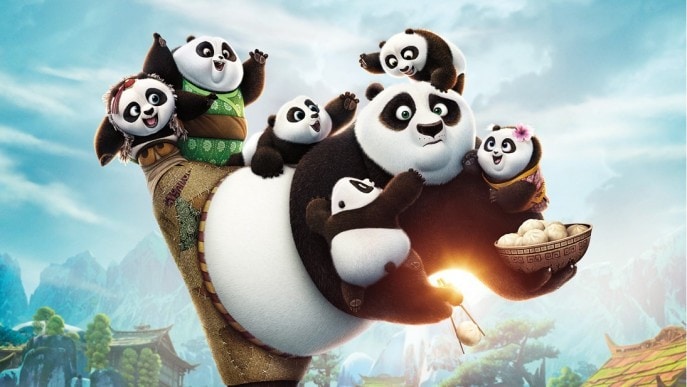 Honestly, the movie could have done without the back and forth between the spirit and natural realm and just had Kai appear from somewhere in the world!

Being a kung fu themed movie, yes there are several get-at-each-other scenes but nothing out of the ordinary, if you’ve watched the earlier two Kung Fu Panda movies.If you’re planning to watch the movie in 3D and your child is sensitive to scary scenes I would recommend

If you’re planning to watch the movie in 3D and your child is sensitive to scary scenes I would recommend skipping the 3D. Kai in his element can be pretty intimidating and loud.

I appreciate that in most parts where Kai appears, the producers have done a good job of softening the blow with a humorous scene or dialog.

Other than Mei-Mei’s  infatuation for the dragon warrior, the movie is clean in that regard.

Do you have plans to watch the movie this weekend?

Before you do, here are some printables to get the kids excited…