When you receive a royal invitation in the mail, you know you’re in for a treat.

And when it’s a royal invitation from Disney, you know you’re in for something spectacular and memorable. 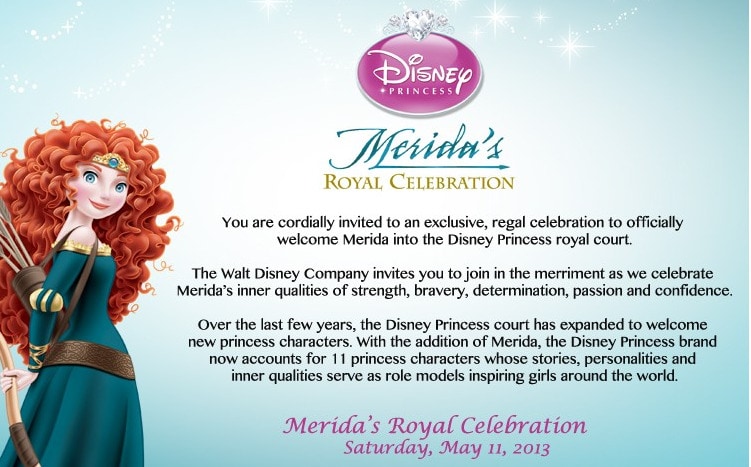 The evening prior to the big event, busy Disney helpers visited rooms leaving a bag of Brave inspired goodies for the Disney Social Media children, which included Merida’s wig.

The following morning saw lots of little, tousled red-heads making their way through the corridors,

all in anticipation of …

the Welcoming of Princess Merida to Walt Disney World. 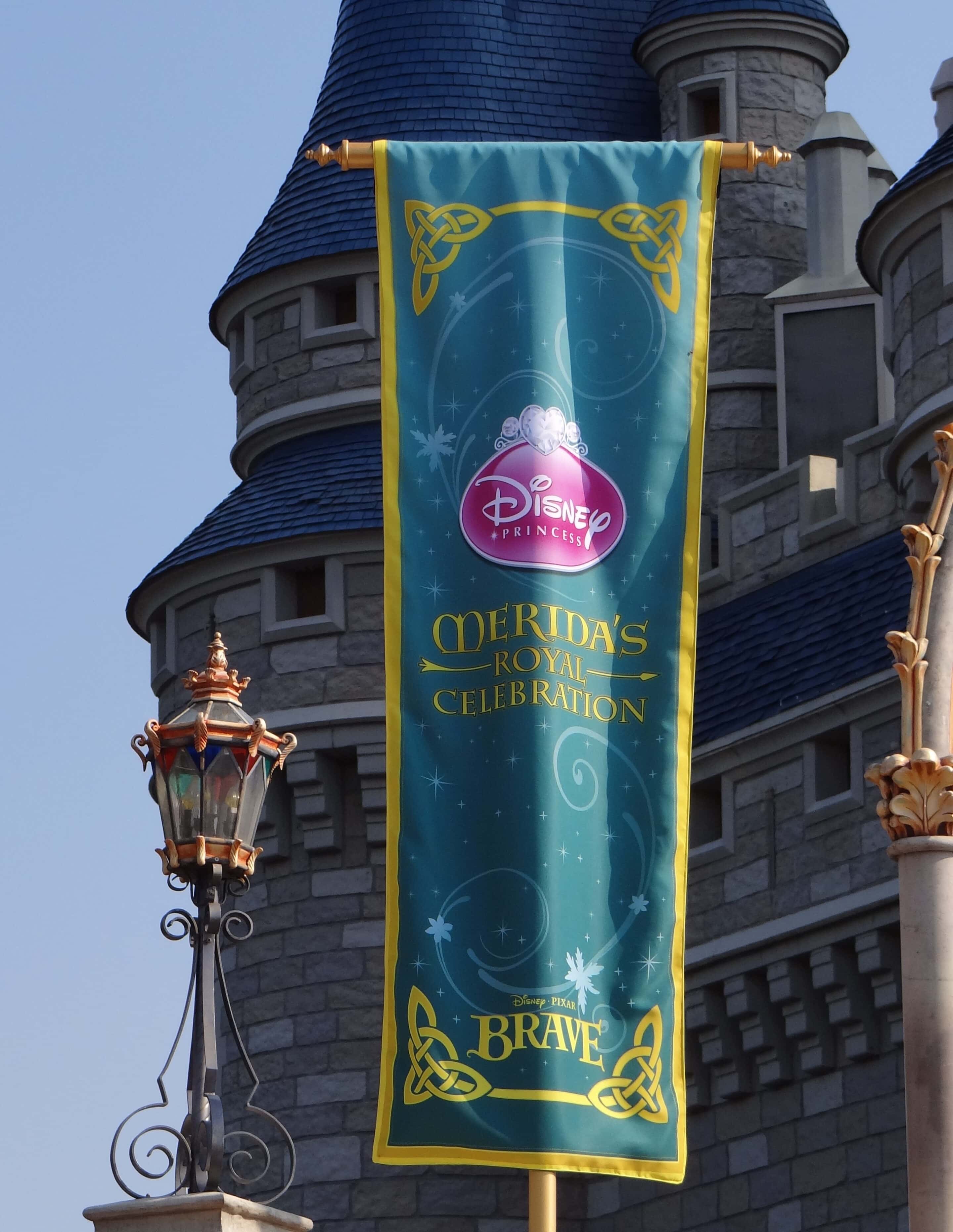 The ceremony began in front of Cinderella’s majestic castle with a performance by the sisters, Sophia Grace and Rosie. This was followed by a huge treat…the introduction of Gabby Douglas and her mother. (Being huge fans of this young Olympic Gold medalist, you can imagine how loud we screamed when she walked out on stage!) 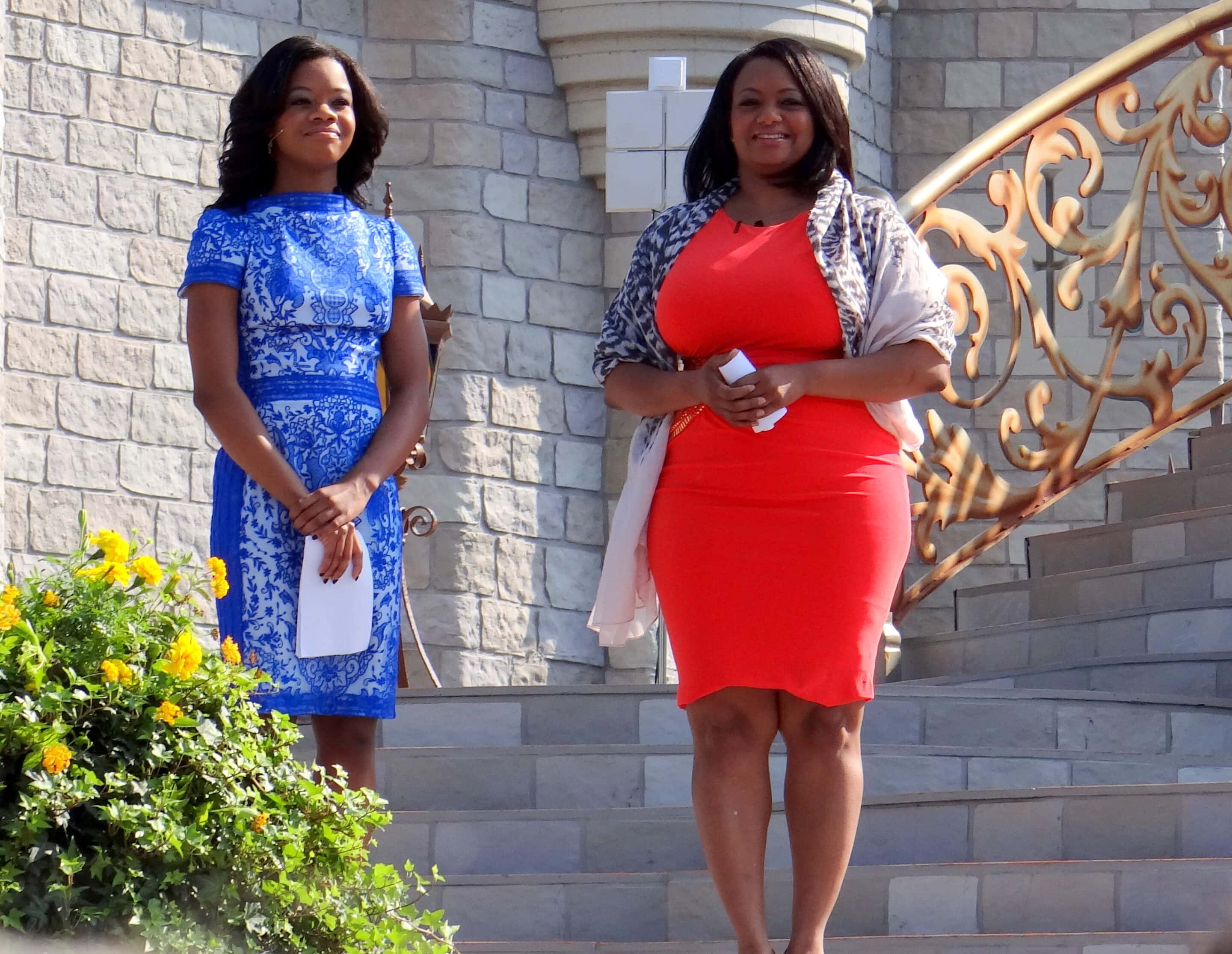 The mother-daughter duo were then joined on stage by the Royal Majesty Maker, Lady Llewellyn, who introduced the Princesses onto the Royal Court. (This being one of the highlights of the Ceremony as it is rare to see all 10, now 11, Princesses together.) 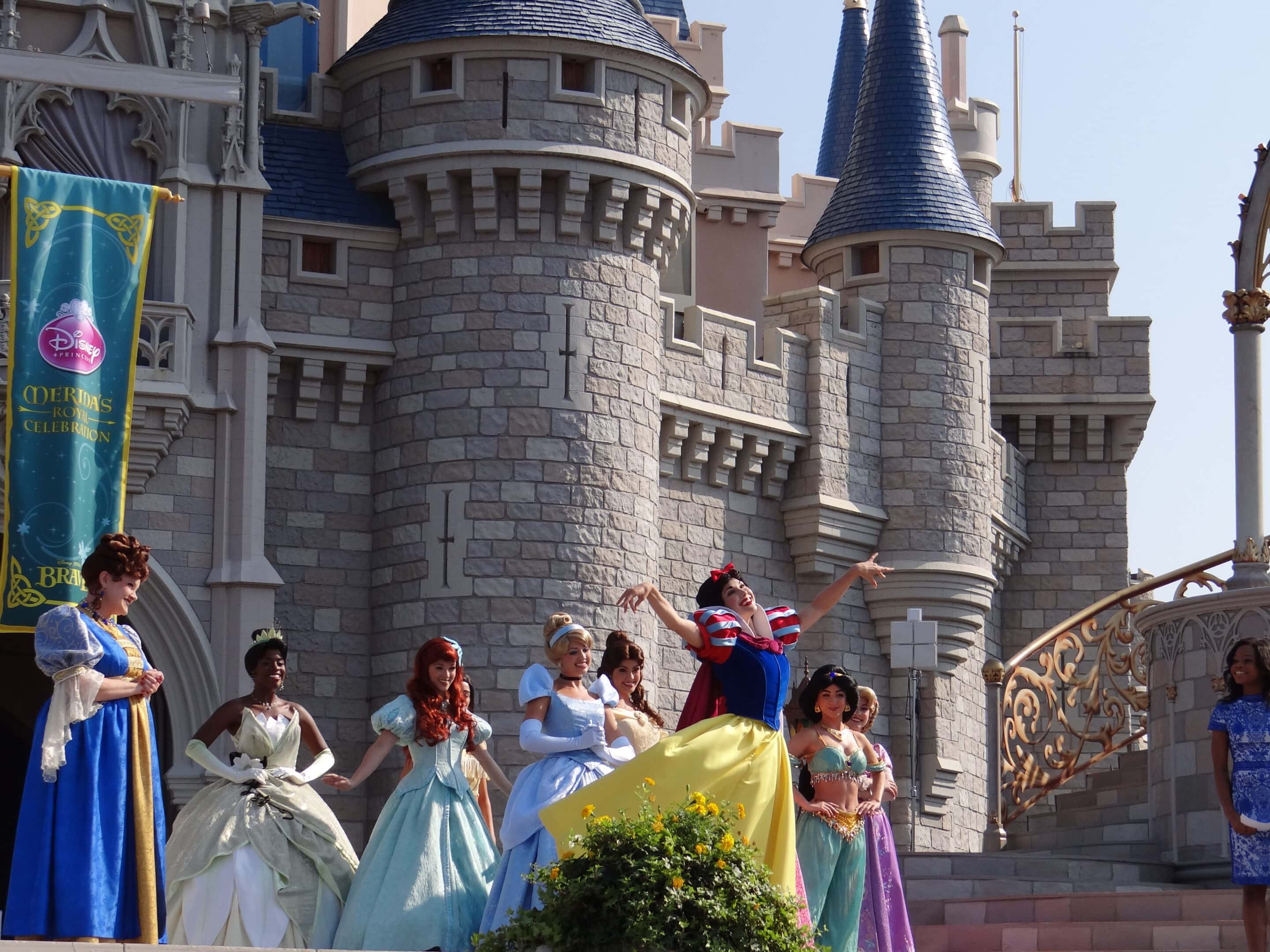 The musical introductions were followed by the heralding of the new Princess, Merida, amidst the strains of the bagpipe,  into the courts.

Princess Merida arrived atop her horse Angus and in true tom-boy fashion, stomped her way to the front (I missed seeing her entrance as we positioned ourselves in front to take some decent photographs of the ceremony!) 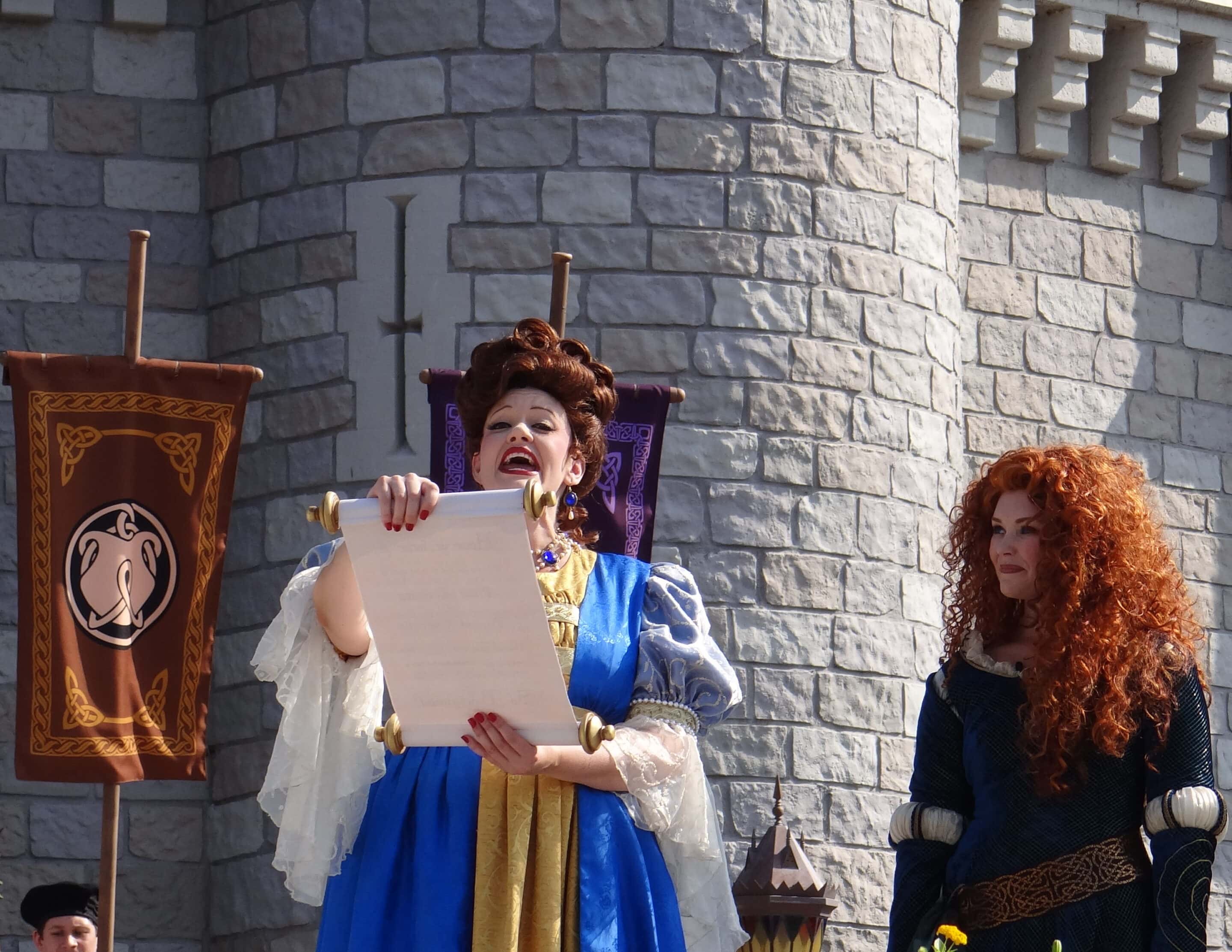 She listened intently as the Royal Proclamation was read and then her mother, Queen Eleanor, was invited to join Merida up front for the Ceremony to do the honors. 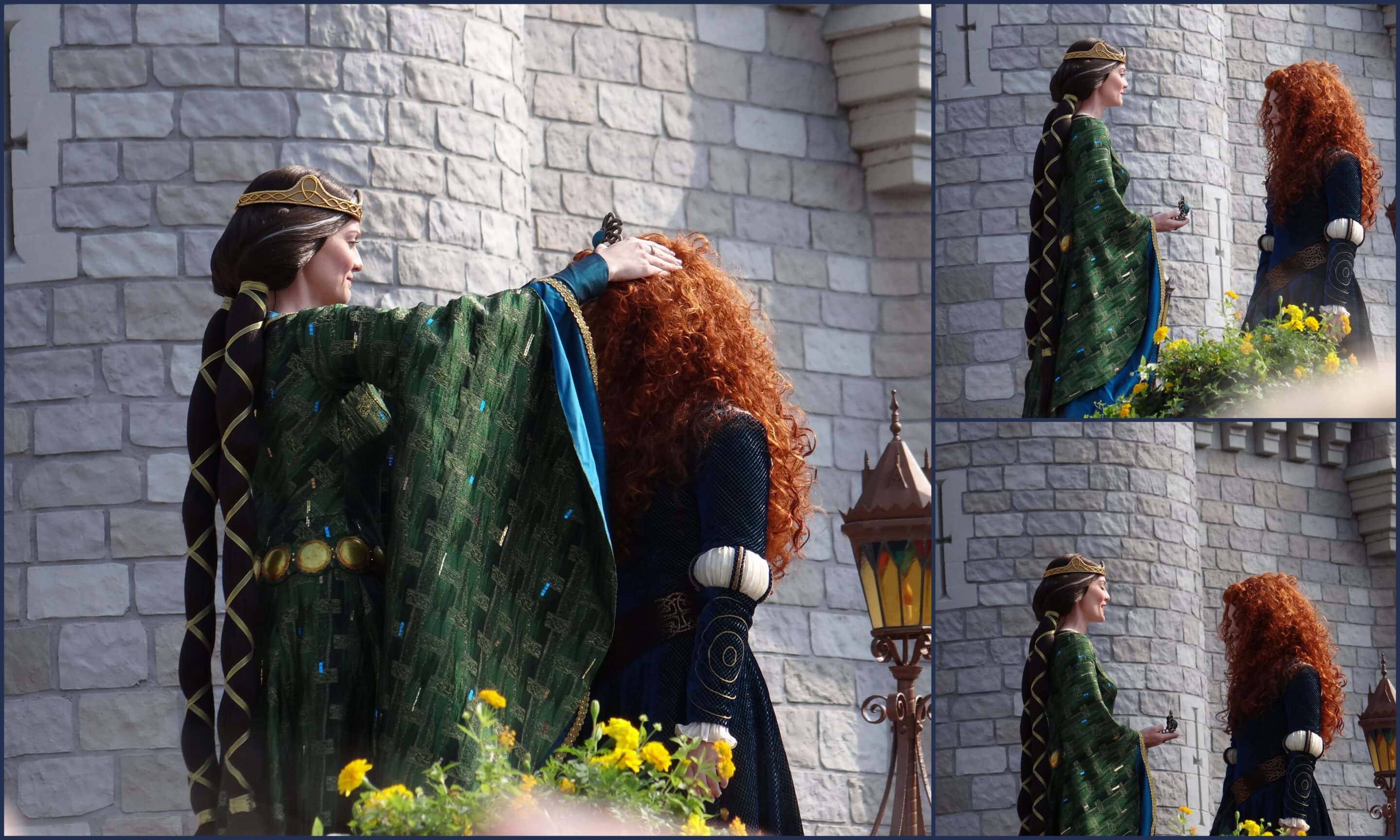 As soon as the Crown was placed, Merida declared with a beautiful Scottish lilt, ” I am strong. I am brave. I am Merida. And I am a Princess.” 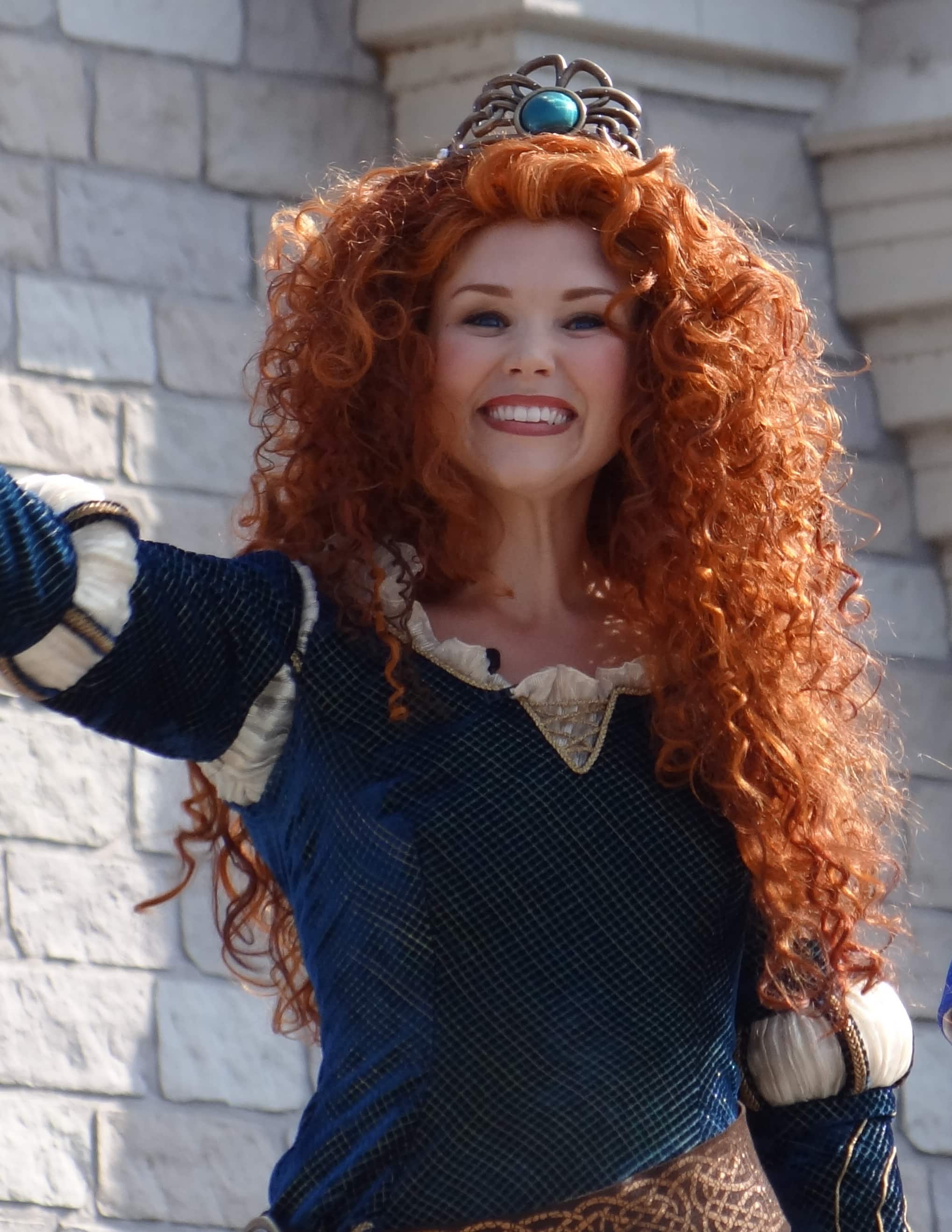 As she finished, fireworks burst into the sky and the crowd erupted with a roar.

The Coronation was complete.

Princess Merida is the 11th Princess to join the Princess Courts in Disney and we were honored to be audience to her big day! 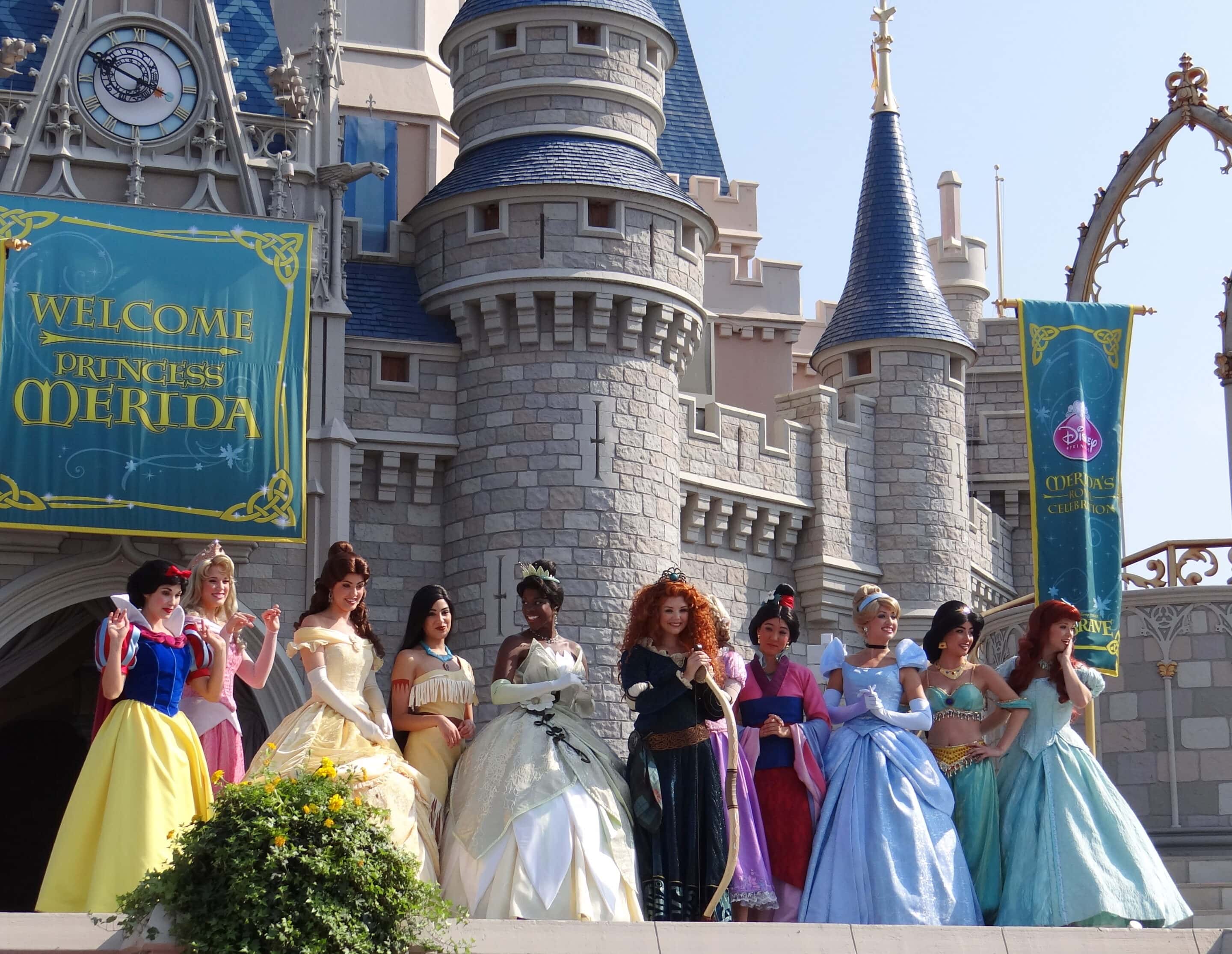 What made the ceremony all the more special?

Being a day prior to Mother’s Day, Disney chose the apt time to honor Merida.

The relationship between a mother and her child that runs through the story-line in Brave was highlighted in recognition. Choosing the wonderful example of that bond through Gabby Douglas and her mother was perfectly suited for the Ceremony. 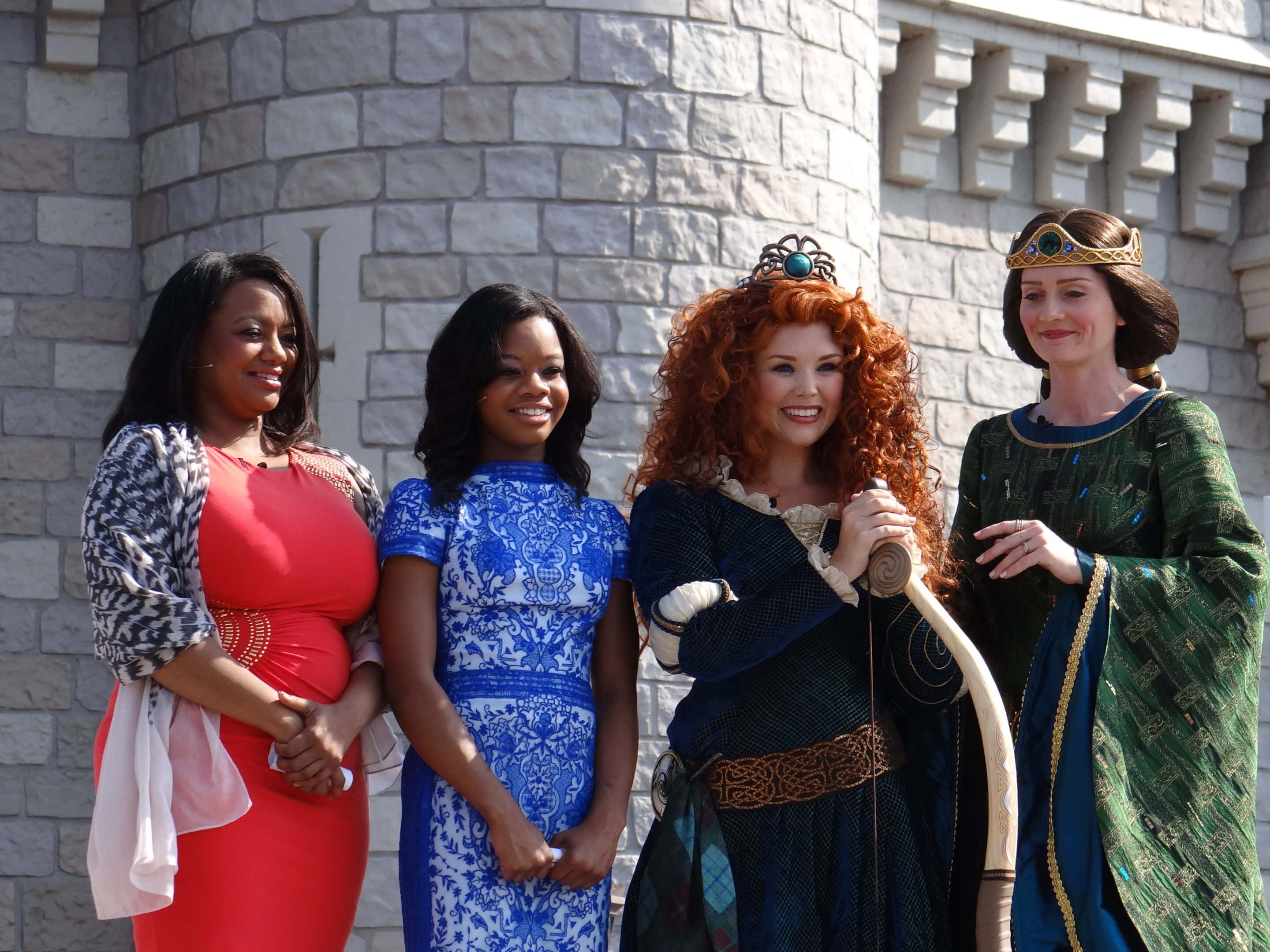 All in all, it was a wonderful, regal, celebration of Princess Merida.

Yes, it was the celebration of a determined Princess…

but it was also the celebration of that beautiful bond that runs between a mother and her child.

As a Mother, I stood there looking at the two mothers on stage, one fictional and one real, and was inspired.

The sacrifices made, the labors of love, and the gems invested into our children are never in vain. The fruit will blossom one day.

And when it does, we as Mothers can stand as they did…

grateful, proud, and filled with joy for what God has done with our sons and daughters. 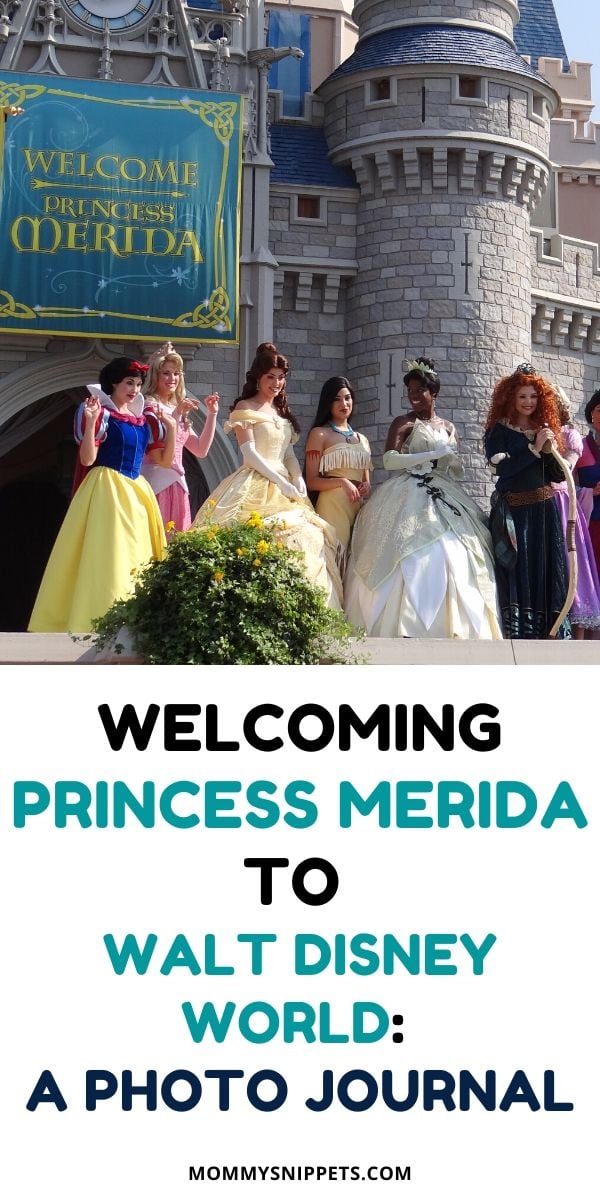 **EBMR Disclaimer: As a Disney Social Media Mom invitee, my family was provided with a subsidized attendance package. This in no way influences my thoughts about Disney. How could it? Disney is amazing as is!**