Several weeks before Bunny Boo turned two, we already knew what the focal theme for his birthday party would be.

While Bunny girl was thrilled with her Elmo themed party to celebrate being two, we knew our water-loving, basketball crazy, active little man would love nothing less than an all out “Slam Dunk” party.

So hoops it was! 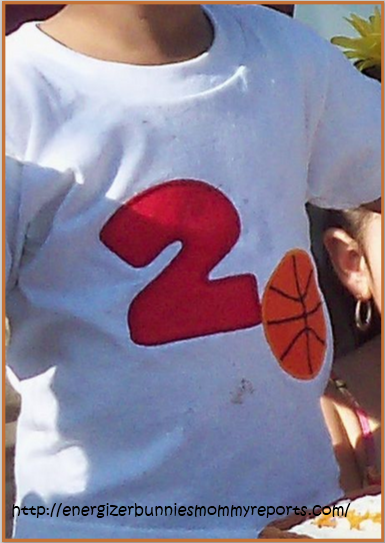 Now even though I’m nowhere near that status of “Baking Excellence Mommy”, I will admit that I can whip up a yummy, moist, not sickeningly rich, chocolate cupcakes and decent, sponge-y, vanilla cupcakes, by God’s Grace!

For Bunny Boo’s party, I whipped up a batch of chocolate and vanilla cupcakes for the kids and went the easy route for “basketball” decorating with Basketball Ring Toppers, that I ordered off Ebay.

For the main cake, I decided to be a little adventurous and took on the challenge of doing a chocolate, basketball cake {with the help of the Wilton ball shaped cake pan} placed on a vanilla cake base. 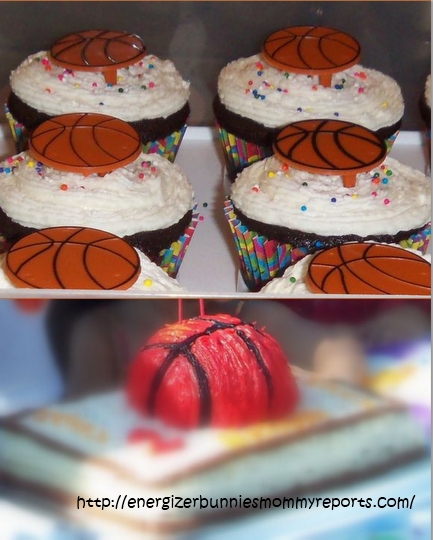 Because our little man is an outdoors person, we decided to take his party to “center court” at our local park.

As we waited for all his little guests to arrive, the kids played on the play equipment till they discovered we had a treat for them…

{Note: I made sure I ordered bio-degradable water balloons to save messy clean-ups later!} 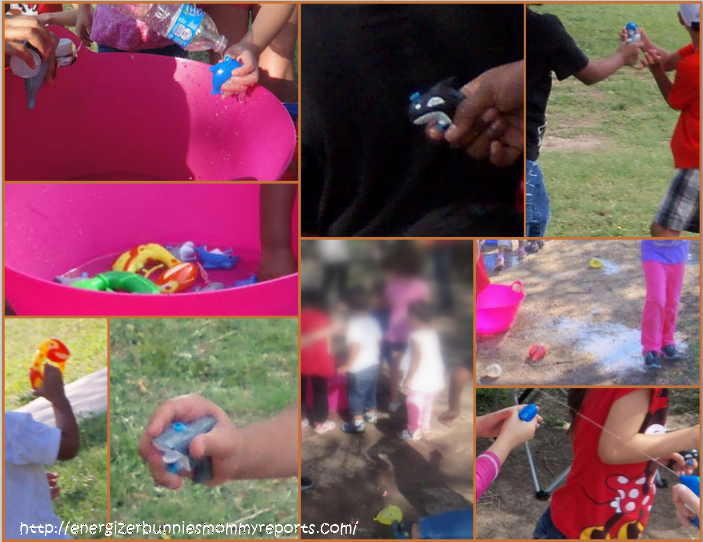 This was a great way to combine Bunny Boo’s love for water, a little physical activity and the best way to cool off under the Texas sun!

The running around worked up an appetite, so the hot-dogs with the works, gluten-free cheeseballs and nacho chips were chowed down quickly by our little guests “re-fueling” for their next round of “water-attack”!

Because the kids were having such a blast with the water-play the only structured game we did play was “Slam Dunk the Ball in the Hoop”.

This is a game similar to “Pin the Tail on the Donkey” except in this case the players had to try placing the ball on the hoop, while blindfolded. 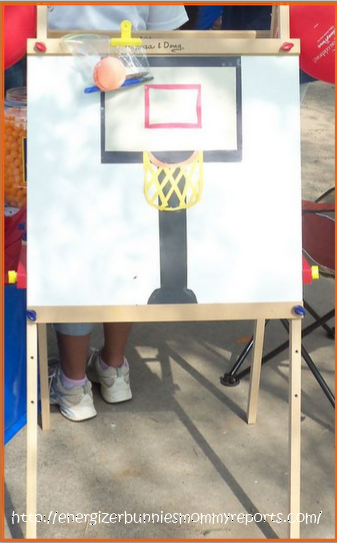 Considering the easel was raised at a height level for even the youngest ones to reach, we handed out basketball-beachball prizes to all the kids who placed their “basketball” on the generously sized hoop and gave the other participants a consolation prize of a rubber ducky with a basketball! 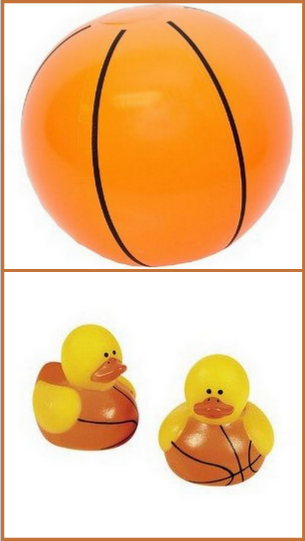 To make things a little easier on the parents, we started to hand out treat bags a good two and a half hours after the party commenced but it was still hard to convince the kids it was time to leave.

And even though the next day was a school day for most, a good number stayed well after their bedtime! {A sign that they were having a “ball”?!}

{We were blessed with a cool breeze and a great spot at the park, shaded by the long branches of mature trees, so that did help make the evening comfortable.}

The “icing on the cake” was definitely when our darling 2 year old clambered onto my lap the next day, looked into my eyes and asked with all sincerity-“Mama, Bah-ball Party again. Please?”

And right at that very moment, all the preparation, work and effort put into planning his big day was paid off in full…

with a cherry on the top!