This post may contain affiliate shopping links. While this adds no additional cost to you, I will earn a small commission when you click through and make a purchase. Also, as an Amazon Associate, I will earn from qualifying purchases. Thank you for supporting everything we do.
Tweet
Share
Yum
Pin
0 Shares 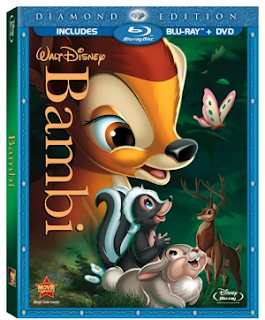 * Click here to view the name(s) of the winner(s)*

A Disney Classic that most of us will remember, is being released from the Disney vault for a limited time only. On March 1, 2011, Walt Disney Studios Home Entertainment brings back Bambi. The movie is exactly the way you remember it but the quality of print has been enhanced in the Diamond Edition (i.e. The Blu-ray & DVD Combo Pack).

Bambi was Walt Disney’s fifth animated full-length feature film which released in 1942 during World War II and took approximately five years in the making due to the exquisite artwork and attention to detail of each and every scene, character and figure. 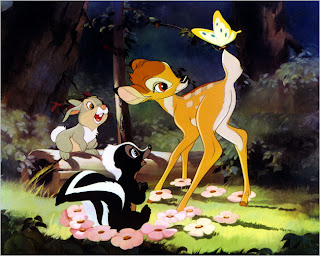 The movie begins with morning light breaking across the meadow and a young deer named Bambi being born. Bambi is hailed as ‘Prince of the Forest.’ Soon Bambi emerges from the thicket on wobbly legs, much to the delight of his new friends, Thumper, the playful rabbit, and Flower, the bashful yet lovable skunk. But the fun of nibbling on fresh blossoms and frolicking through the woods is only the beginning. Exploring his new world, and guided by the wisdom of Friend Owl,Bambi learns valuable life lessons with every adventure – experiencing the power of friendship, family, and love along the away.

Bambi was nominated for three Academy Awards for Best Song (“Love Is a Song,”), Best Sound Recording, and Best Music Score of a Dramatic or Comedy Picture. To date, Bambi is No. 3 on the list of American Film Institute’s Top 10 Animated Films of All Times. And in 2004, the movie was commemorated with a first-class U.S. postage stamp and in the 1990’s the film inspired astronomers to name a pair of asteroids after the adorable characters – Thumper (April 20, 1993) and Bambi (October 17, 1995).

Disney’s new “Second Screen” technology, is introduced for the very first time on the Bambi : A Diamond Edition release. This technology will further transform the at-home movie watching experience by empowering viewers with the ability to engage with film content on multiple media platforms and bring them to life in their own hands at the touch of a button. 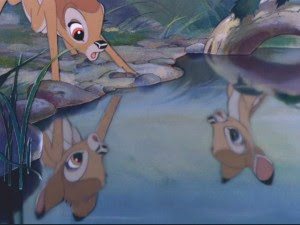 The Combo Pack also includes a rich collection of bonus features, the icing on the cake being the comprehensive documentary on the making of Bambi.

If your children are yet to watch movie I would advise that you borrow the book from the local library, read it through with them once and then sit down to watch the film with them. One segment in the movie may alarm your little ones- the hunter’s visit to the forest that results in Bambi’s mother being shot. The movie does not show Bambi’s mother being shot but the shots being fired into the air and his mother’s absence implies the inevitable.

Bunny girl was given the book a year ago and since then has been waiting to watch the movie. She loved every bit of the movie but I do know Bambi’s mother’s death did sadden her. We have read the story several times and even though she was prepared for what was going to happen, she was very quiet. We used the opportunity to explain to her how it is important to treat animals with love and that they have families too. The fire in the forest was also another great teaching opportunity to show her how man’s carelessness in the environment can have drastic effects especially on the little animals in the wild.

On a happier note, the movie is every bit as adorable as I remember it to be.
Baby Bambi is sweet but Baby Thumper steals the limelight with his bunny lisp, single bunny tooth and preschooler way of speaking before thinking.

The friends are a happy trio till the “twitterpated” bug hits them!

The highlight of the pack is the bonus feature on how the original movie was conceptualized and brought to life. It’s only when you watch this detailed documentary-like feature that you really appreciate the movie that you’ve just watched.
The time, work and effort that has gone behind animating each character to give each one a realistic animal persona yet be unique and human in expression is, to put it simply, a gargantuan task. That’s what sets Walt Disney and his team apart from the rest. They’re in a niche of their own and Bambi is proof of that! 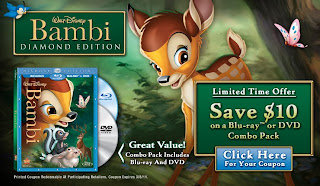 One reader will have the opportunity to win Bambi: A Diamond Edition (Blu-ray & DVD Combo Pack) and a mini Bambi plush!

Here’s how you can win it:

1. Mandatory entry (without this, all other entries will be disqualified)-

Tell me who your favorite character in Bambi is. (I adore Thumper!)

This giveaway is open to US Residents only, 18 years and above. 1 winner will be chosen with the random.org generator on March 12, 2011 at 10 pm Central time.

** EBMR Disclaimer: Walt Disney Studios Home Entertainment sent me the featured product for review purposes only. This review has not been monetarily compensated and is based on the views and opinions of my family and/or self. Please note that the opinions reflected in this post have not been influenced by the sponsor in any way.** 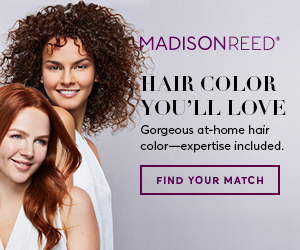 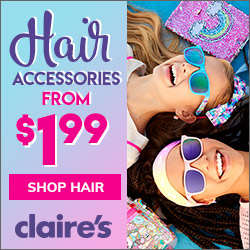